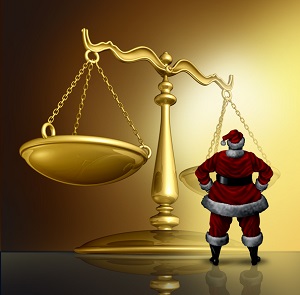 SAN DIEGO--(BUSINESS WIRE)-- Mentor Capital, Inc. (OTCQB:MNTR) announced in a year-end note to shareholders that the corporation looks to immediately receive $2 million, successfully concluding its three-year litigation with Bhang Corporation. An arbitration panel concluded in its 2016 award that, “Bhang breached the Agreement by failing to deliver the [60% of Bhang] shares,” Mentor’s request for “the recession of the Agreement is granted” and “Bhang is not entitled to any damages.”

In March 2014, Mentor Capital executed a contract to buy 60% of Bhang Corporation, which as an operating unit briefly reported sales to Mentor at a $600,000 annualized rate. In exchange for the 60% ownership by Mentor, Bhang and owners Scott Van Rixel, Richard Sellers and William Waggoner were paid $1.5 million in cash, $7.5 million in Mentor free trading stock, and Mentor committed to invest $30 million over three or more years into its 60% owned company, or to issue double stock some years in the future to make up for any possible shortfall on payments. This all according to a “contingent payoff provision” and other contract records.

In June of 2014, just three months after signing the contract, the Bhang parties publicly repudiated the agreement on their Bhang Facebook page, and stopped talking to Mentor. Bhang never issued the 60% of Bhang shares to Mentor to evidence Mentor’s ownership, publicly sought to cancel everything else, but they refused to return the $1.5 million in cash that Mentor paid and which was immediately transferred into the hands of Bhang owners, according to court documents.

Seeking a simple return of its $1.5 million, Mentor sued in federal court to formally rescind the contract. Mentor won the rescission request plus 10% interest until paid before a three judge American Arbitration Association panel. Having never received any voluntary payment by Bhang over the three year period, even through to today, Mentor continued to progress its recovery efforts. The arbitration decision was confirmed in an award, the award strengthened by a judgment, the judgment enforced with multi-state levies, and directed the U.S. Marshals to serve almost two dozen liens on licensees, banks, vendors and service providers who held funds owed to Bhang. Finally, Mentor requested the appointment of a receiver and in November 2017 Bhang stipulated to deposit $2 million into the court, and if not to have a receiver appointed, according to filings by Mentor’s attorneys.

The $2 million to be paid out is now held in the U.S. Treasury and all parties have agreed to its release to Mentor. Only the original $1.5 million has been booked in Mentor financial statements to date, so the interest when received will be calculated and reported as a gain. Approximately 10% of the $2 million will be in returned Mentor stock which will decrease the number of Mentor shares outstanding, according to Mentor accounting operations.

Mentor CEO, Chet Billingsley, observes, “This 60% acquisition was started during the early wild west years of emerging marijuana businesses. Bhang reported to us cash on its financials as being “far and away,” Facebook was used for contract communication, and the SEC delisted ten of the then seventy-six marijuana related companies. The cannabis sector has evolved and grown from $1.7 billion to over $8 billion. The $30 million raise that Mentor predicted for about 2017 is now being realized from other equity groups in the cannabis space. Even Bhang, through an affiliate transaction, recently is embracing public company acquisition shares it eschewed. Our $2 million payment marks the end of the wildest era of legal cannabis businesses. Mentor looks forward to smoothly investing the $2 million it receives into other new larger cannabis companies, in the more mature, regulated and professional cannabis market of today.”

Forward Looking Statements: This press release contains forward-looking statements within the meaning of the federal securities laws, including statements concerning financial projections, financing activities, corporate combinations, product development activities and sales and licensing activities. Such forward-looking statements are not guarantees of future results or performance, are sometimes identified by words of condition such as “should,” “could,” “expects,” “may,” “intends,” “seeks,” “looks,” “moves,” or “plans” and are subject to a number of risks and uncertainties, known and unknown, that could cause actual results to differ materially from those intended or anticipated. Such risks include, without limitation: nonperformance of investments, partner and portfolio difficulties, potential delays in marketing and sales, problems securing the necessary financing to continue operations, problems involving continued illegality of cannabis products, potential of competitive products, services, and technologies, difficulties experienced in product development, in recruiting knowledgeable personnel and in protecting intellectual property. Further information concerning these and other risks is included in the Company’s Form 10-K and 10-Q filings which, along with other very important information about the Company, can be found here: