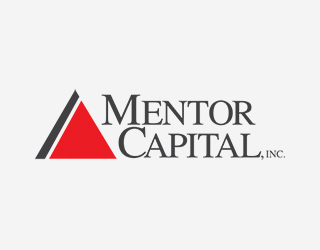 SAN DIEGO--(BUSINESS WIRE)-- Mentor Capital, Inc. (OTC Markets: MNTR) today reported financial results for the semi-annual period ending June 30, 2011. The company announced earnings of $0.04 per basic and diluted share for the six-month period. The six months of earnings, which calculates to an $0.08 per share annualized rate, follows the $0.09 per basic share operating earnings over the 2010 twelve-month fiscal year.

Weighted average shares outstanding were 2.3 million and 1.9 million during the first half of 2011 and 2010, respectively.

The company continues free of any recurring debt throughout all of 2010 and 2011 to date. Payables and short-term liabilities were $12,000 in June 2011 and $22,000 for June 2010. Accrued vacation and retirement increased liabilities to shareholders and related parties, principally a non-interest bearing obligation to the founder, by $9,000 to $1.48 million from $1.47 million. Additionally, the neutron therapy company has a claim against $5 million in warrant proceeds when and if those are paid in. This investment related liability increased total liabilities to $6.5 million at June 30, 2011 from $1.5 million in June 30, 2010.

Forward Looking Statements, Safe Harbor and Risk Descriptions are Incorporated by Reference from the MNTR Company Web Site above.